Posting this from 34,000 feet over in-flight WiFi. Crazy! Headed to Las Vegas for the Tactical Invitational knife show on Saturday evening. It’s a great show with knife makers bringing their very best work to sell via lottery.

Not a great show for bead stuff probably, but I will be there helping my buddy Michael Burch of Burchtree Bladeworks, so I wanted bring some special extra cool beads for the show.

I am bringing lots of Mk.I-T, Mk.IV and Atomic Ti beads and some crazy anodizing over shiny and blasted finishes. I’ll have some regular blasted Ti as well. Some of these will be the very first release of the Mk.II Atomic as well as the first Mk.IV Atomic!  Come by and see me at the Burchtree Bladeworks table if you’re interested in some of the new or fancy stuff.

Lots of folks ask “What about those of us who won’t be at the show?” Well, shows are the best/easiest way for me to sell but if there are beads left over, I’ll plan to drop those next weekend. More to come on Atomic, anodized Ti and new materials, so plenty of new stuff is coming for you all.

Some pics of the TKI goodies below.  See some of you tomorrow night! 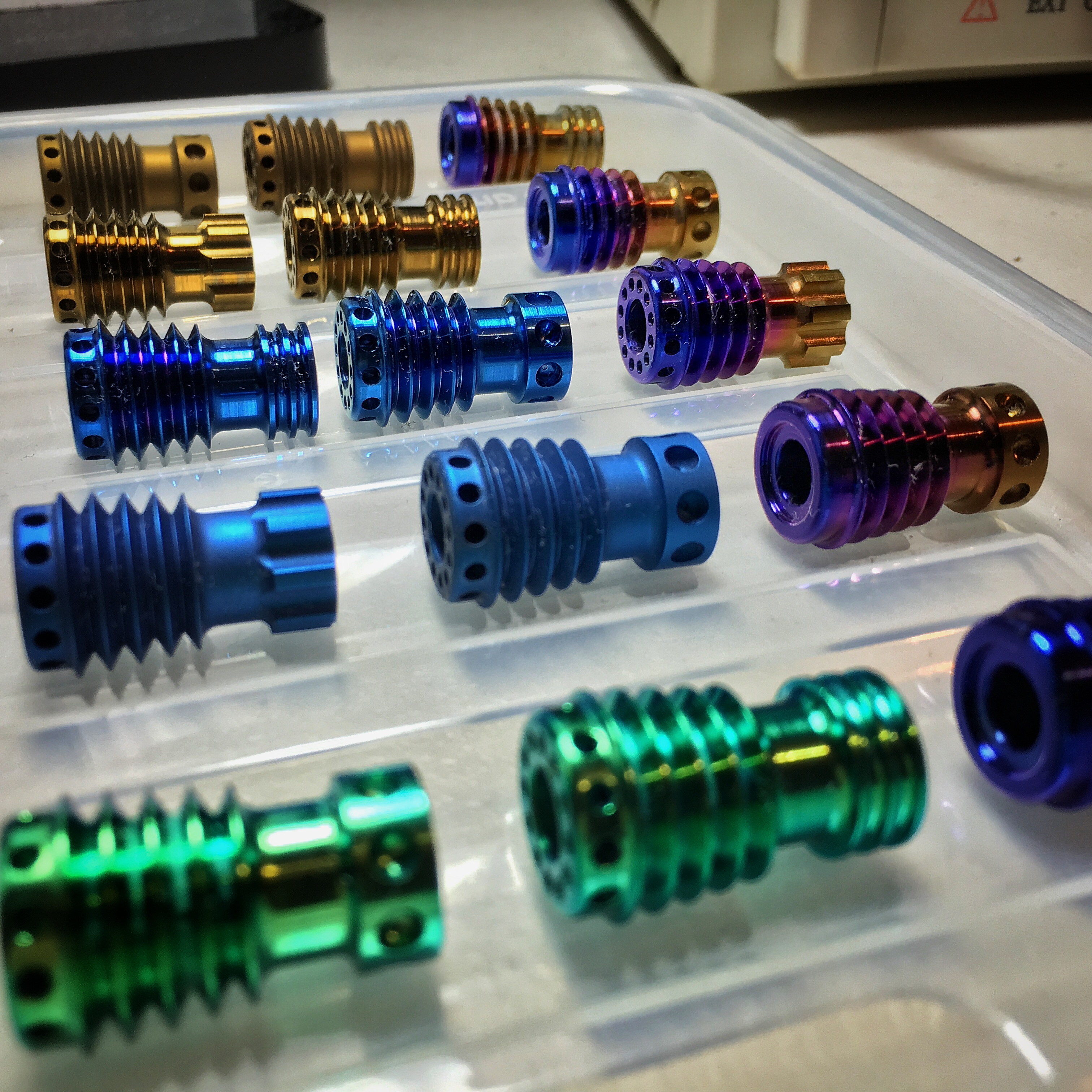 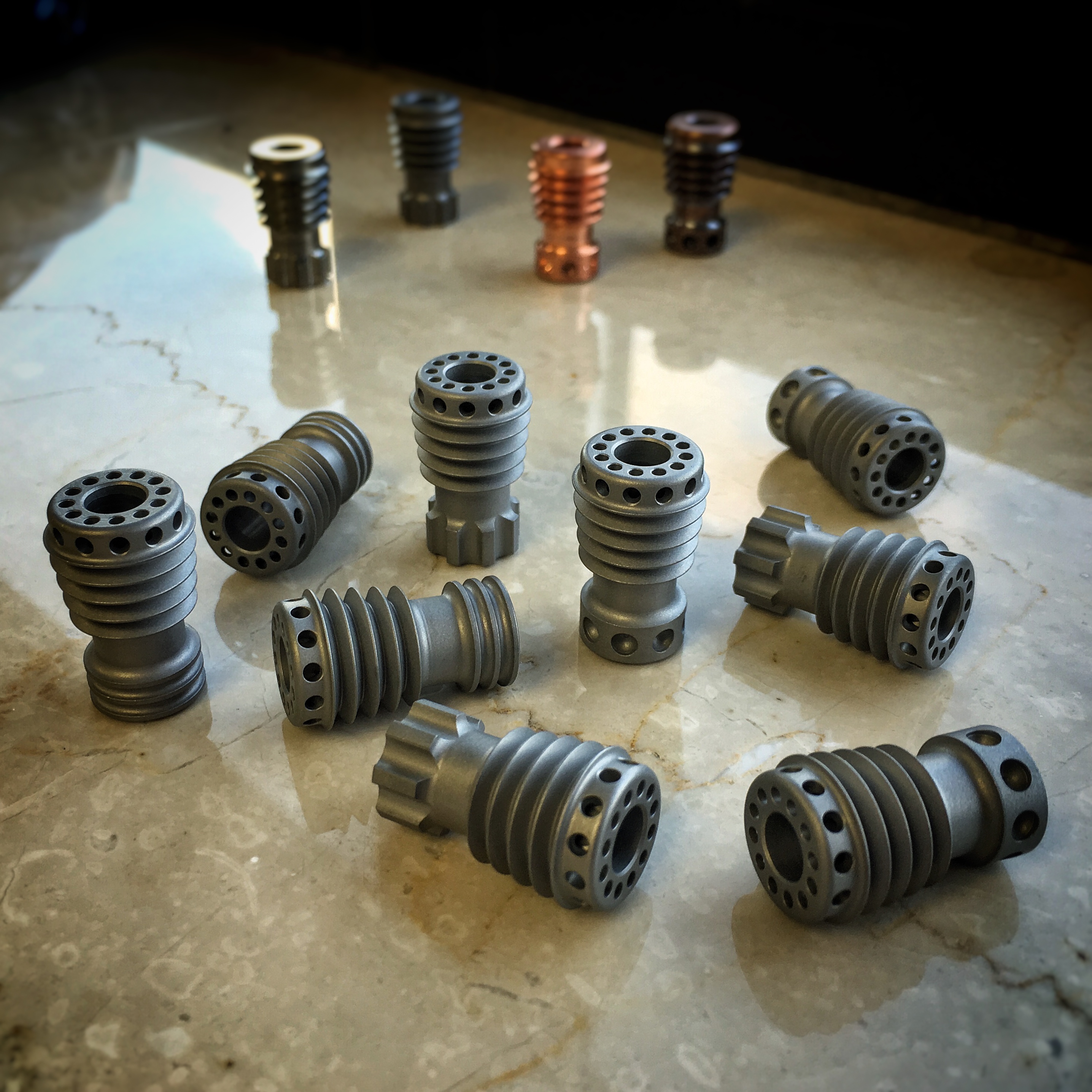 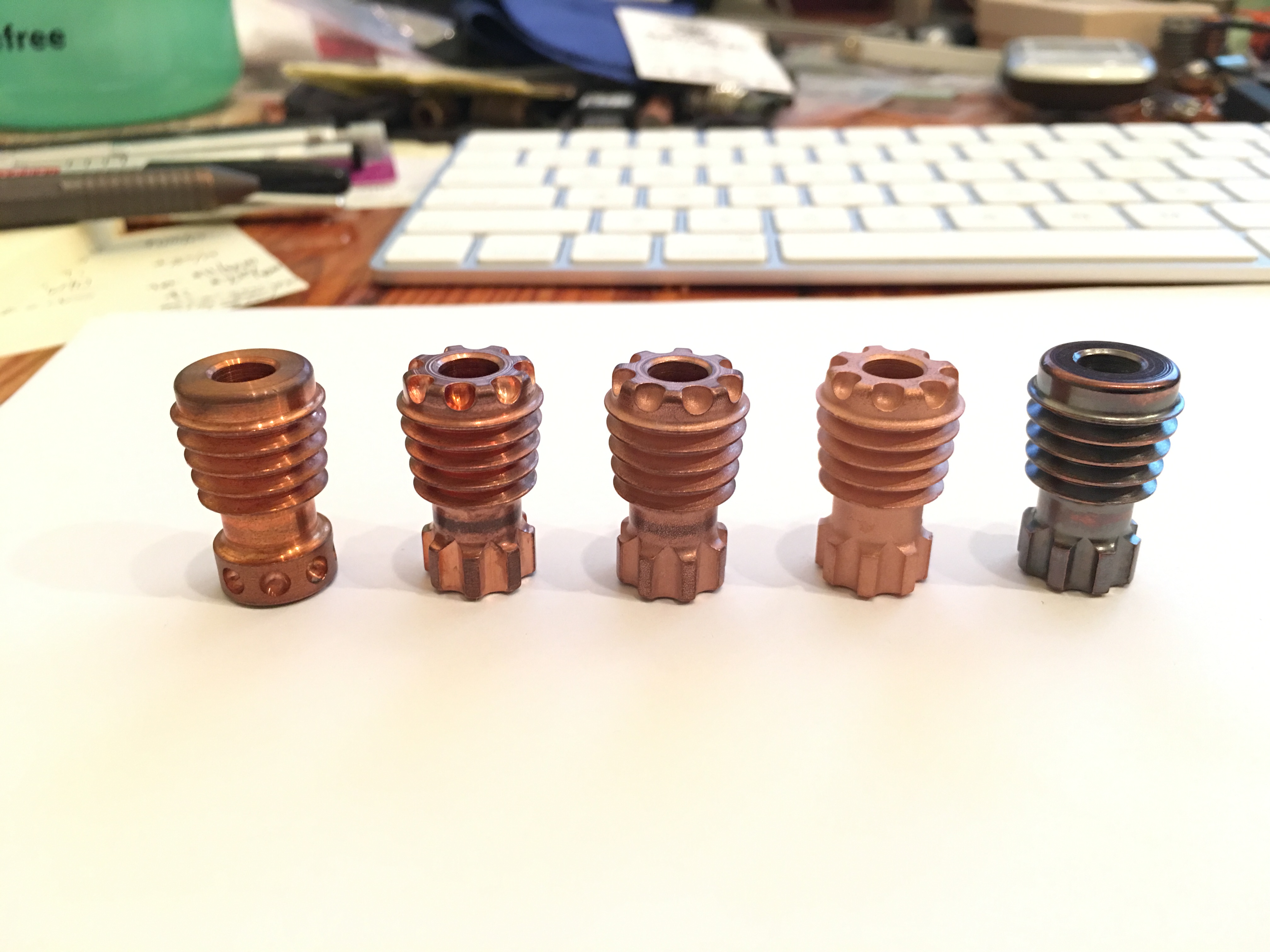 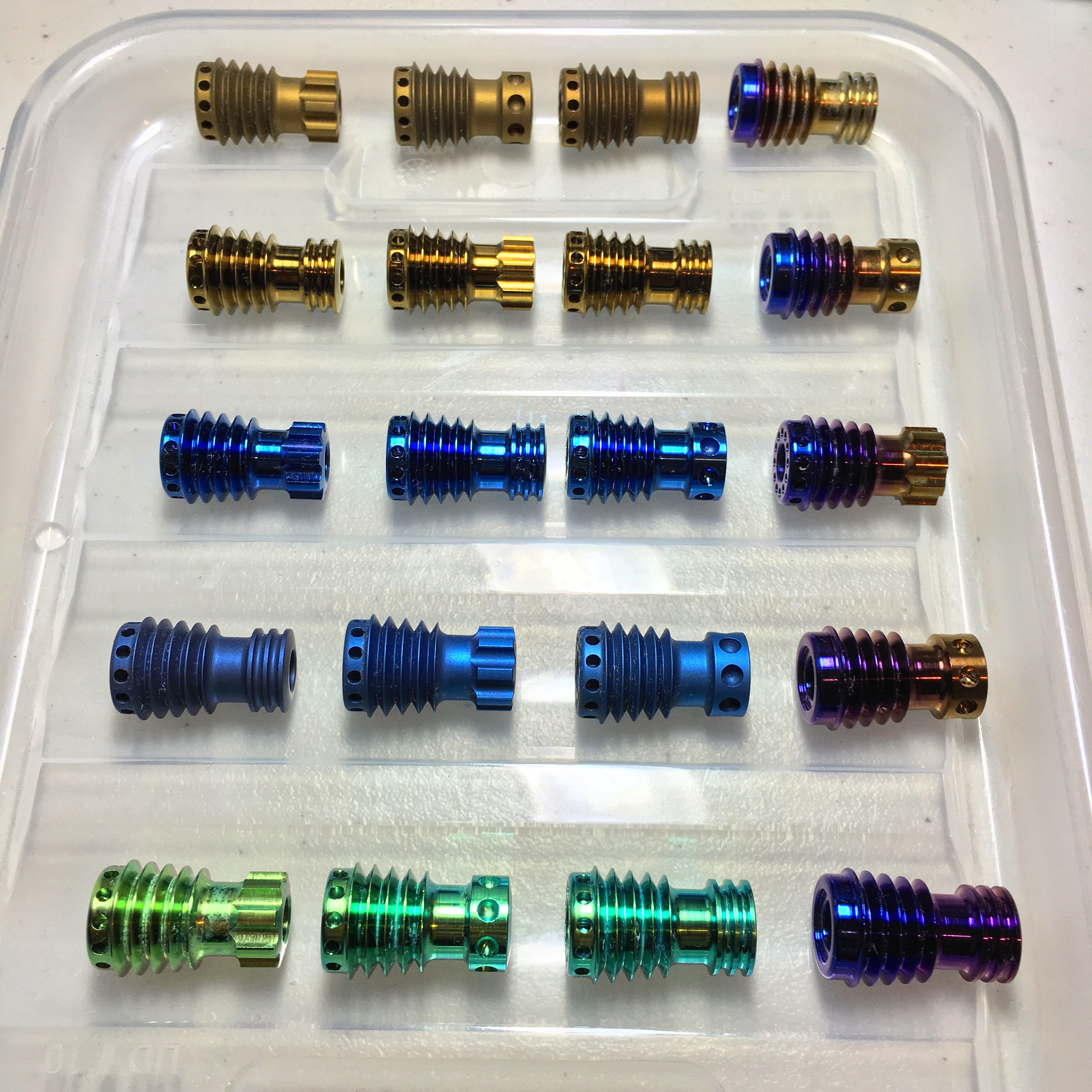